Kanata is a large suburban community in the western part of Ottawa, Ontario, Canada. Kanata has a population of 100,200 and is growing rapidly. Before it was amalgamated into Ottawa in 2000, Kanata was one of the fastest growing cities in Canada and the fastest growing community in Southern Ontario. It is located just to the west of the Greenbelt and is one of the largest of several communities that surround central Ottawa. It is a planned community and an important hi-tech centre

Situated in the Ottawa Valley, Kanata is located about 22 km (14 miles) west-southwest of Downtown Ottawa along Highway 417 at a latitude of 45°18′ North and a longitude of 75°55′ West, with an area of 139 km². Its northern end is just to the west of the Ottawa River.

To the east, Kanata is separated from the former City of Nepean by the National Capital Commission’s Greenbelt (Ottawa). The community of Bells Corners, borders the inner side of the Greenbelt. Bells Corners is itself a hi-tech suburb that was established circa 1950, and was home to such Canadian technology icons as Computing Devices Canada, the Ottawa-based defence electronics company (bought by General Dynamics), which blazed the trail for later defence technology firms in what would later be known as Silicon Valley North, or Kanata.

To the west of Kanata is Stittsville, Ontario, first a farming community, then a village, then part of the township of Goulbourn, Stittsville is now a large suburb which was amalgamated into the new City of Ottawa in 2001, and largely employed by the hi-tech industry.

To the south of Kanata is the former village of Richmond, Ontario which pre-dated what is now the City of Ottawa.

This article is licensed under the GNU Free Documentation License. It uses material from the Wikipedia article “Kanata, Ontario“. 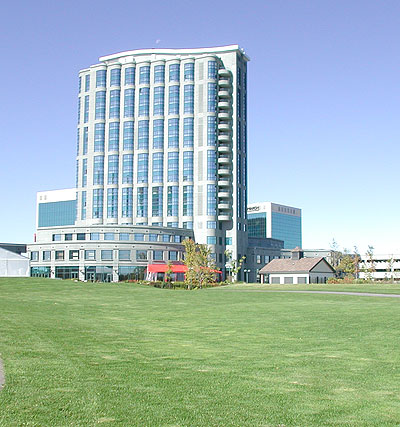 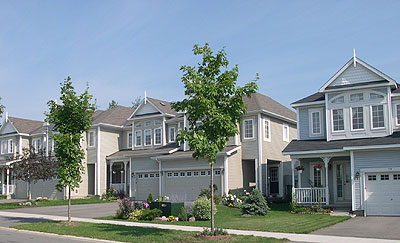